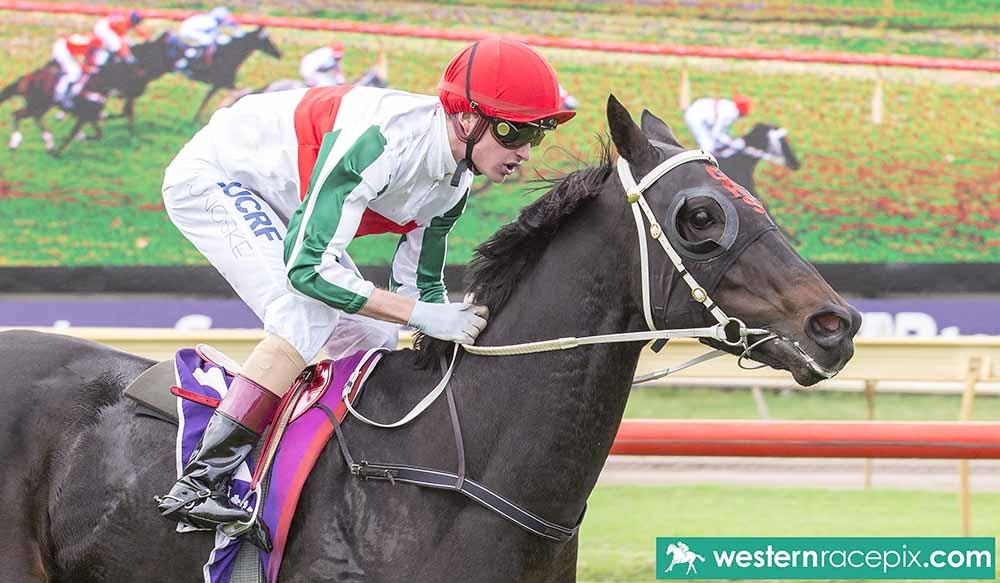 Eight Double Eight (stablename “Warnie”) has had his doubters (including one of our biggest owners), however, the stable has always believed that this Sebring gelding was going to make a very good stayer and today at Bunbury he proved just that when he romped home over 1690m.   Beautifully ridden by stable jockey Jarrad Noske, Warnie settled down towards the rear of the field as a strong pace was set up front.  After getting a severe check just before the corner, it was looking very doubtful that Warnie could get close to them, however, when Jarrad got him out wide into clear running, he ran over the top of them and was eased down to win by 1.5 lengths.

Warnie has had just 9 starts and today broke his maiden status, however, he has also run a second and been very close to them at every  other start, particularly as the distances have increased.  Today’s race was still well short of his ideal distance and he will improve as the stable steps him up to further ground in coming weeks.

His owners have been loyal to him and with his name being based on the Chinese lucky number 8 (three times!),  we hope to see him salute again soon for his adoring fans!