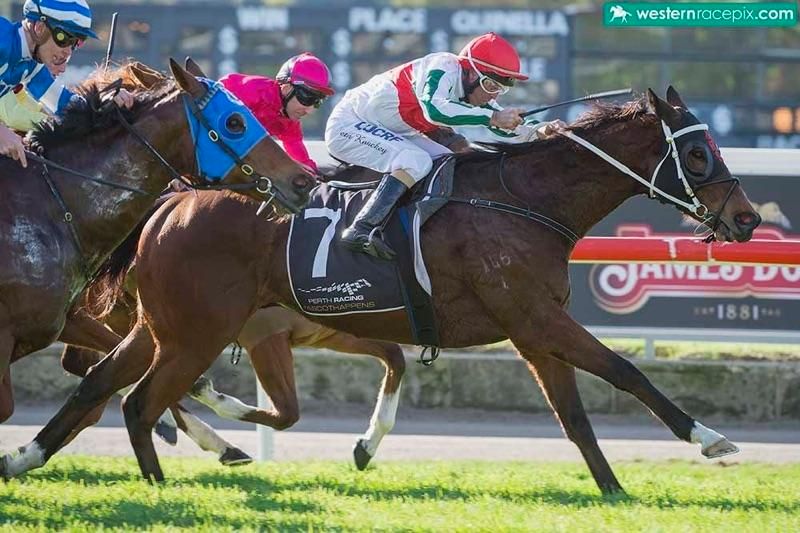 A few weeks ago Vanemonian was booked on a trip to continue his racing in the warmer climate of Broome.  Whilst he had been a consistent performer for the stable, he had not delivered on his potential and it was viewed that he may be better suited against easier opposition.   Fast forward to last Saturday in city class at Belmont and Vanders brought up his third win in his last four starts, (in fact it could have been four in a row if he hadn’t been bumped heavily at the previous start where he flew home from last to run third!!).

Vanders was again beautifully ridden by his regularly jockey in Peter Knuckey.   He settled midfield on the rail from an inside draw and it looked to be a difficult task to round them up over the short 1000m trip, however, there was no need to panic and “Knucks” got him out and off heels to claim the leaders and hold off all challengers on the line. It was a strong win in a good time and exemplified the change in attitude of Vanders since the stable made some changes to his gear and preparation.

Saturday’s win in a $60,000 race at Belmont was a long way from Broome and a great reward for the patience of his merry band of owners who celebrated in true Gangemi Racing style.