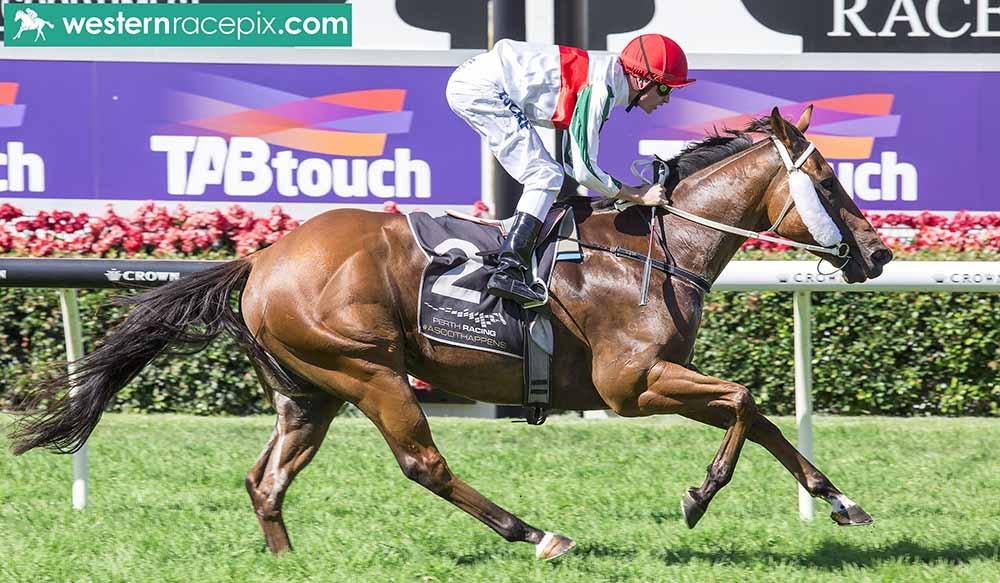 Three Votes (stablename “Gazza”) brought up his fourth win from eight starts at Ascot on Saturday, in what can only be described as one of the most dominant performances seen at the track for quite some time.  The 4 year old son of Fastnet Rock demonstrated why he is one of WA’s most exciting prospects after leading from an outside barrier and blitzing rivals by 5.25 lengths in a very fast 58.09sec for the 1000m journey.

After a first-up third without blinkers, the stable decided to add the winkers for this run to help Gazza keep his “mind on the job”.   And it certainly had the desired result:  Stable Jockey Jarrad Noske took him straight to the front from barrier 9 and whilst a couple of them decided to “take him on” in front, it was a forlorn exercise for them when he had them off the bit at the turn.  Jarrad clicked him up coming into the straight and Gazza put a gap on them and was still extending his lead on the line.

Gazza has shown great promise since he began with the stable winning his first 1000m trial by over 3 lengths.  Since then he has 8 starts for 4 wins and 3 thirds, with Saturday taking his stakes won to over $100k already.  He has untapped potential and whilst staying sound, the capability to go a long way in Open Class company.  We all look forward to seeing his progress in coming weeks.

Footnote: There has obviously been some recognition of his potential in other States, with his half-brother (from the mare Ballet Blue) fetching $1.3 million just last week at the Gold Coast Magic Million Sales.