The Real Floyd Stands Up! 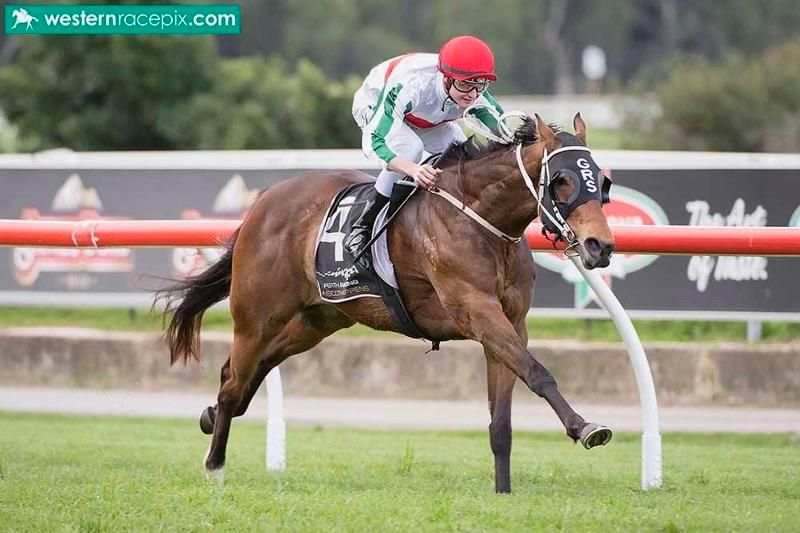 Prior to last Saturday’s race at Belmont, Floyd had been a model of consistency with 2 wins and 2 seconds from his first five starts, however, the stable was not overly happy with the little gelding’s performances.  This was based on the fact that they knew this little fella had a lot more “in the bag” than what he was actually showing.  Well, Saturday’s race was the “real deal”, when the “Not A Single Doubt” gelding named (named after one of the all-time greats of the boxing ring), absolutely demolished a quality group of sprinters to win by 5.5 lengths eased down!

Powering through to the front after slightly missing the kick, Floyd led them a merry dance, clearing out down the straight as the rest of the field were hard under the pump to try and make ground.  His time of 57.7 secs (last 600m in 33.22)  for the 1000m was a sizzler and evidence that the REAL FLOYD HAD ARRIVED!!

Floyd was again beautifully ridden by regular stable jockey Jarrad Noske, who couldn’t get the smile off his face over the last 100m of the race as the sound of the other horses got quieter and quieter behind him!!

A half-brother to the ill-fated stable star “Windswept”, Floyd is carrying on a family tradition and has the speed and tenacity to match it with the very best.