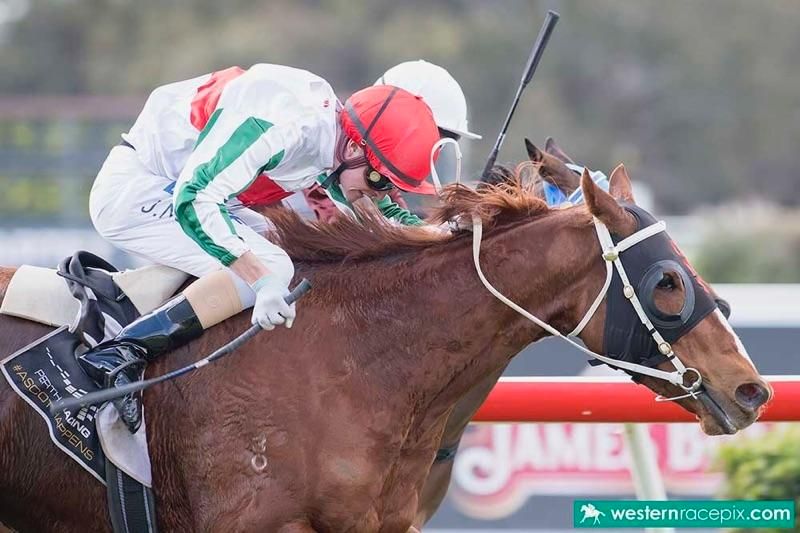 It had been over 2 years since Supposition had last won a race, however, the Hussonet gelding has always been “around the mark” running places and close up finishes. He has always shown great potential and was seen as a gelding that could one day reach the highest level, however, his sensational trackwork has never quite translated to raceday and he has had a few setbacks along the way that have hampered his preparation.

On Wednesday at Belmont over 1200m he showed a glimpse of his ability and brought up his fourth win, based on an absolutely masterful ride by stable jockey Jarrad Noske.  After being shuffled back along the fence from his inside barrier, Supposition looked in a “world of pain” coming to the turn, particularly with the well-backed favourite getting an easy time of it out front.  However Jarrad didn’t panic.   He continued to push up the fence as others peeled off and then hoisted the gelding out to the centre of the track as they came around the turn to start to chase out after the tearaway leader.  It looked a massive task, but Cole (his stablename) put his head down and sprouted wings under hard riding from Jarrad and nailed the leader right on the line.  It was  certainly a great reward for his patient owners after 2 years!

This win takes Supposition’s earnings to almost $100,000 with a 31:4-5-3 record.  The 7 year old has not been over-raced and hopefully this latest win is the beginning of the real “Cole” standing up and showing them his true talent.