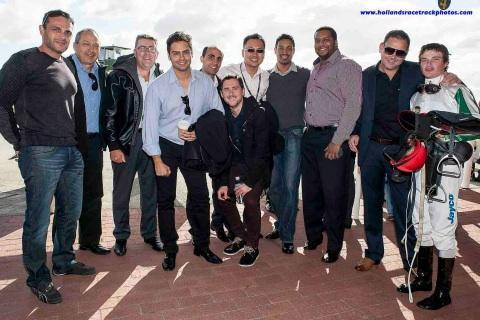 After an emphatic trial victory last week, Super Eighty Eight stepped out in a race for the first time today and proved his class over a very good field of two year olds.  The Sebring gelding went to the front and when jockey Jarrod Noske kicked away in the straight he put 4 lengths on them in the twinkling of an eye.  A late burst from the very smart filly Miss Halloween saw the margin reduced at the finish, however, they were well clear of the rest and the time of 58.2secs for the 1000m was quick for two year old company.  "Super" by name and super on the track, this gelding shows a huge amount of promise for his owners., the majority of which are first timers and were rapt with instant success if the cheers near the winning post were any indication!