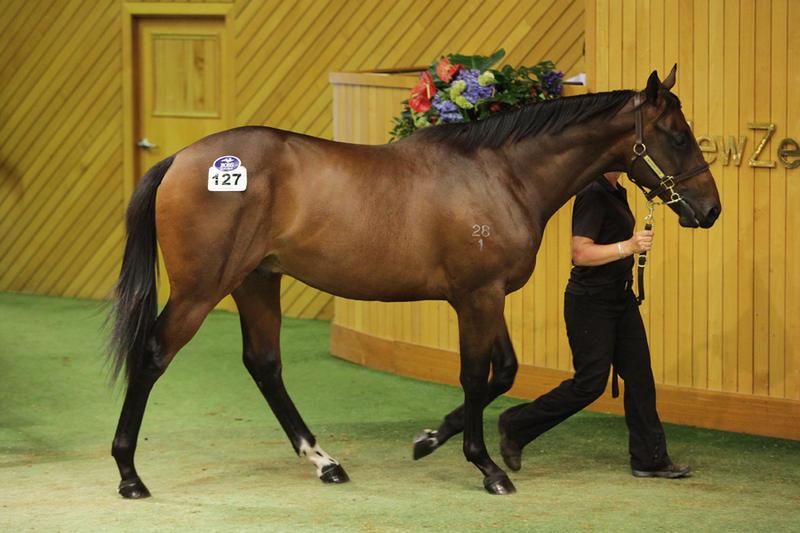 Shamardal is regarded as one of the best stallions in the world! This magnificent colt that we purchased from the Karaka Premier yearling sale in January was our pick of the sale. Both Michael and Chris fell in love with this colt when they first saw him on their initial inspections in November during the trainers tour of Westbury Stud. Then next time they laid eyes on him at the sales complex of Karaka in January he had really blossomed. It is always exciting when a horse does well during a yearling preparation or when they are in work.

This colt is a mirror image of his sire Shamardal who was a champion racehorse. Shamardal won 6 of his 7 starts which included 3 Group 1 victories. The dam of Shamardal is a half-sister to another champion stallion in Street Cry. The current Melbourne Cup favourite Puissance De Lune is sired by Shamardal, who has also sired top Group level performers in Australia Faint Perfume and Captain Sonador and Shamoline Warrior.

This colt really takes your eye. He is a magnificent individual who is very forward for a yearling but will continue to develop into a magnificent three and four year old. We believe that some of Perth’s top stakes races will not be beyond him.

Michael’s comments on this colt:  “I first saw this cracking colt in November on the Australian Trainers Tour at Westbury Stud in New Zealand and fell in love with him.  He had developed even further when I flew back to NZ for the sales in January this year and he became a must have for the stable.  He is a very strong individual, beautifully balanced with a terrific walk and a fantastic attitude.  Although I had spent several days looking at over 500 yearlings, he was the pick of the sale for me”.