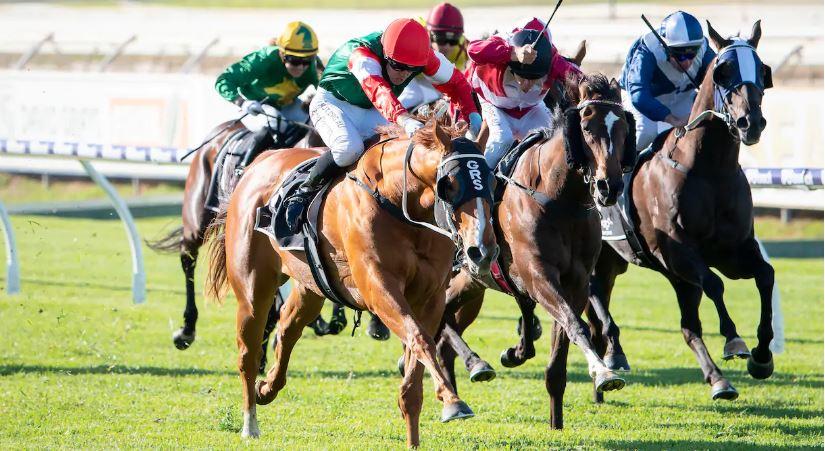 Samizdat clinched a start in the Railway Stakes and Kingston Town Classic when he stormed home to win the Group 3 Asian Beau Stakes (1400m) at Ascot yesterday.

Backed into $2.50 favouritism, the classy four-year-old settled second last and ran on powerfully for jockey Brad Parnham to win by 1 ½ lengths.

Regal Power, the $2.60 second favourite, ran second in his spring return and Perfect Jewel ($17) was third.

The Not A Single Doubt gelding is also guaranteed a start in the $1 million Group 1 Kingston Town Classic (1800m) on December 7.

“He had a little bit in his favour but he still did it pretty well,” Gangemi said.

“He was only average first-up, he was better second-up but today he’s really back on track and he’s looking for the mile in the Railway now.

“The blinkers went on today. Michael (Gangemi’s brother) wanted to save them for the grand final and I said ‘today kind of is the grand final because if he doesn’t win today, there isn’t a grand final’.

“I think the sting out of the track was just as important as the blinkers today because he hasn’t been loving the firm tracks.

“I don’t think we’ll be lucky enough to get a soft track Railway day, but at least he’s in there with a chance.”

Parnham rode Samizdat when his regular rider, Jarrad Noske, was unable to ride him at 54kg yesterday.

Gangemi said Noske would start wasting now to ride him in the Railway. TABtouch slashed Samizdat’s quote for the feature from $26 to $11.

“I had a sweet run following Regal Power and he was the only one to beat really,” Parnham said.

“At about the 400 I was confident I had his measure and the horse did a really good job.”