Rowie Caps off a Memorable Month! 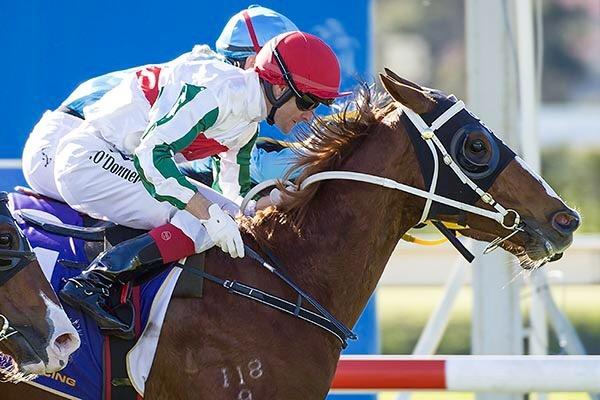 Rowie has justified the faith of the believers with a gritty win on Saturday over 1600m at Belmont.

After a great first-up 3rd coming from last a few weeks ago, Rowie was stepped up to the 1400m and was a little disappointing, however, the stable decided to add the blinkers and step him up to the 1600m.  With a good barrier draw he was able to settle up much closer to the pace and when pulled out at the turn he showed the grit and determination we were hoping for to get up by the narrowest of margins.  It was a great ride by jockey Shaun O'Donnell.

It has been a while coming for the Flying Spur gelding after his first campaign late last year where he failed to show his best after being a very handy performer in top class races in Sydney.  In fact some in the stable had nicknamed him "meatballs" for some bizarre reason!! He has now won over $235,000 and will hopefully go on to bigger and better things and lose the "meatballs" tag!