Patience the key for The Dee Nine 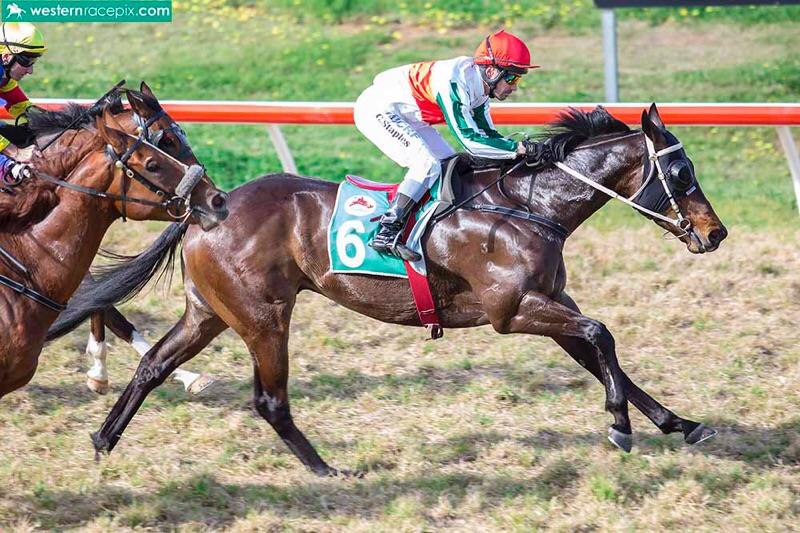 In his first race start as a 4 year old, The Dee Nine has rewarded his patient owners with a sensational all the way win over 1300m at Northam on Thursday.

Purchased as a yearling at the Perth Magic Million sales, the Denman colt was the pick of the sale. However he has taken a while to mentally mature and the stable has been very patient with him to get him ready for the rigours of racing. The instructions were perfectly carried out by stable jockey Craig “Bullet” Staples to get the gelding as close to the lead as possible from his wide draw as he is still a little “field shy”.

He mustered enough speed early to cross the field and was never headed in what was a great performance considering the distance and his inexperience. It certainly augurs well for the future as he learns what racing is all about.