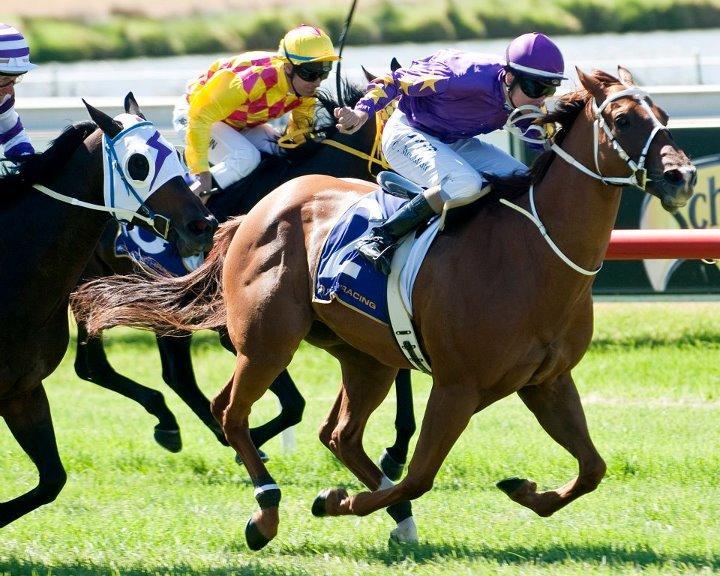 With his final race at Ascot on Melbourne Cup Day, Werd bows out as the best ever from the Gangemi Racing Stables.

Brought over to WA in 2008 as a winner of a maiden at Canterbury, the little horse with the big heart retired as a winner of over $582,000 in stakes:

Werd’s first two runs in WA in October 2008 produced a win at Belmont and then at Ascot over 1200m a fortnight later.   After a spell he then resumed in city company and was a consistent placegetter against some the State’s best sprinters.

However it wasn’t until midway through his 5 year old season that the Hussonet gelding really hit his straps:

From the 6th March 2010 through to the 12 June 2010 in top city class company Werd ran 1st, 2nd, 2nd, 1st, 1st, 3rd, 1st culminating in a 3rd in the Group 3 Belmont Sprint where he was only beaten a long neck behind the million-dollar winner Grand Nirvana.

In his next campaign in October 2010 he ran a neck second to Waratah’s Secret at Belmont over 1000m in a time of 56.14 sec which still stands as a State Record today.  He then backed it up two weeks later to win the Cannonball Sprint 1000m race at Pinjarra in 56.34 sec which still remains the track record today.

Week in week out, Werd performed at the highest level against the best sprinters with multiple placings in Group and Listed races.  Often doing the bullocking work to get to the front, the little gelding took a power of overtaking as he fought on time and time again, often after having to undergo early pressure in his races.   In 2012 he was rewarded with a victory in the Listed WATC stakes at Ascot over a quality field including the top-line mare Power Princess, Latoria and All Friared Up.

Werd continued to race with enthusiasm throughout his 8 year old season with a great 2nd behind Barakey in the Colonel Reeves Sprint (Group 3) and a close-up 6th in the Group 1 Winterbottom Stakes against some of the best sprinters in the Country.   Fittingly, Werd’s final placing was a 3rd in the Summer Scorcher (another Listed race) at Ascot in early 2013 – a race that he had been runner-up in as a 6 year old and 7 year old!

It was a very difficult decision to retire a great horse like Werd, particularly as he still showed great enthusiasm for his work, however, he has given his all for his trainers, jockeys and owners alike and he deserves a long and happy rest for the remainder of his life.

“Thanks for the memories Max, it’s been an amazing five years”.