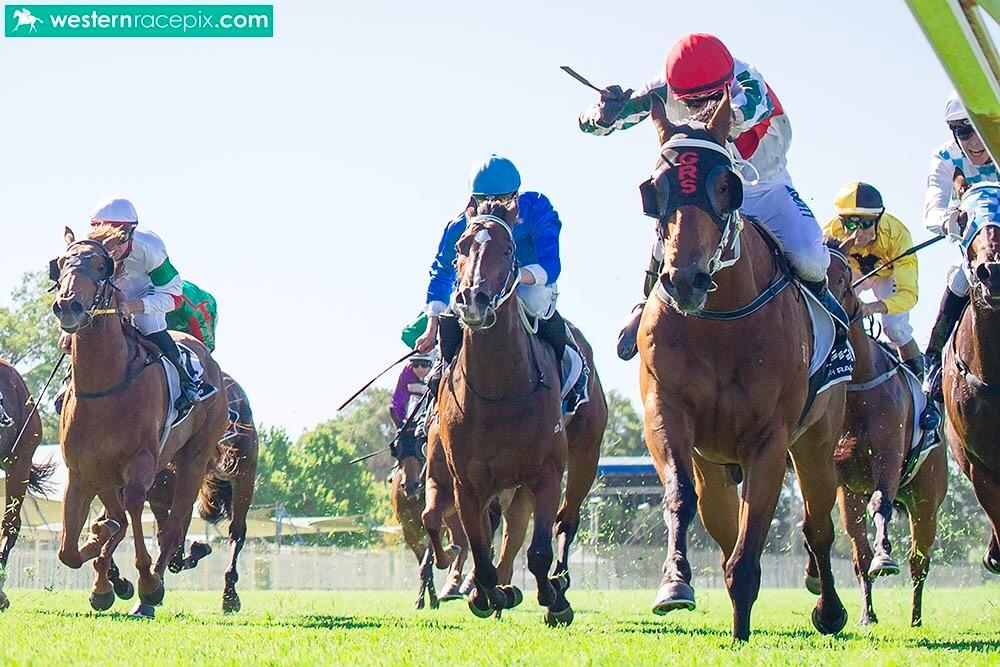 Just 10 days ago Shackleton delivered a first up win for the stable and yesterday at Ascot he kept up his 100% strike rate with a strong win over 1100m.  Beautifully ridden by Jarrad Noske, “Shack” was positioned behind the leader from his inside barrier and when he got clear room coming around the bend he let down strongly and cleared out from the chasing pack.  He switched off a bit near the line but still won convincingly by 1/2 a length, despite carrying top weight of 59kg against a nice field of up and coming sprinters.

There are many new owners in the Fastnet Rock gelding and their excitement at the win fitted right in with normal GR celebrations and could be heard across the course!  Bred in the purple and originally a $1.35m yearling, Shack is proving to be a great buy for the stable and is already growing a cult following!