“Mr Consistency” does it again!! 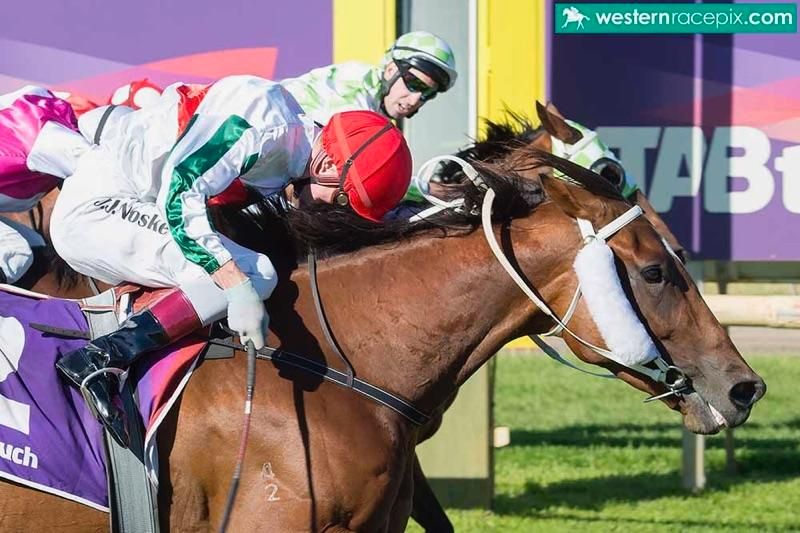 In his first thirteen starts Barzinho (stablename “Huss”) delivered one win and one placing and in many respects he was considered a bit of a “problem child” for the stable.  There was no doubt he had staying potential, but his attitude and racing manners let him down and his results were very much dependent upon which Huss turned up on the day!

Move forward a few months and the big bay, named after a Brazilian bar, has become one of the most consistent performers in the stable.  Yesterday’s sensational win, coming down the outside fence from the rear of the field, was his third win in his last six starts that also includes a second and a third.

It was a perfectly timed run by stable jockey Jarrad Noske, who has developed a great partnership with Huss.  The gelding was dropping back from an 1800m run and the stable was sure that he would run out a strong 1675m, however, his lack of early pace meant that Jarrad had to stoke him up pretty early from the tail and sustain a very long run to get over them.  It was inch perfect, with Jarrad getting his head down on the line to grab the leader by a nose.  He’s certainly a horse that shows a great will to win this time in and a strength that will carry him into some of the bigger staying races in the future.

Barzinho has now earned close to $70,000 and we look forward to seeing him coming down the outside with another swamping run in the near future!