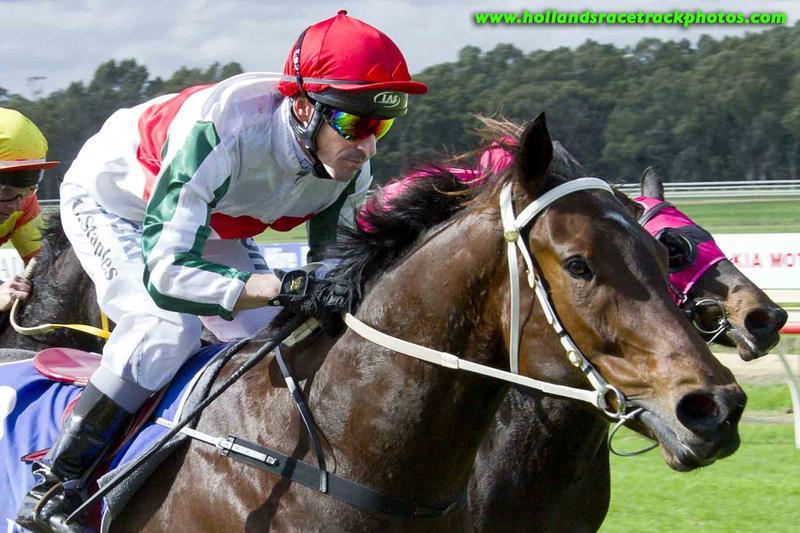 After a few seconds for Gangemi Racing in recent weeks, it was Maskaev (named after the Russian boxer) who brought home a win for the stable at Pinjarra today.

Maskaev was turned out by the stable "spot on" for today's race first up over 1000m at Pinjarra.  Jumping from the inside alley down the straight, Craig "Bullet" Staples had to work him quite hard to get to the front down the outside part of the track.  "Jester" (his stable name) then kicked away to hold them by over a length.

It was great to see the Starcraft gelding realise some of the potential we saw earlier last year for a great bunch of happy owners.