Lockroy Does it in Style 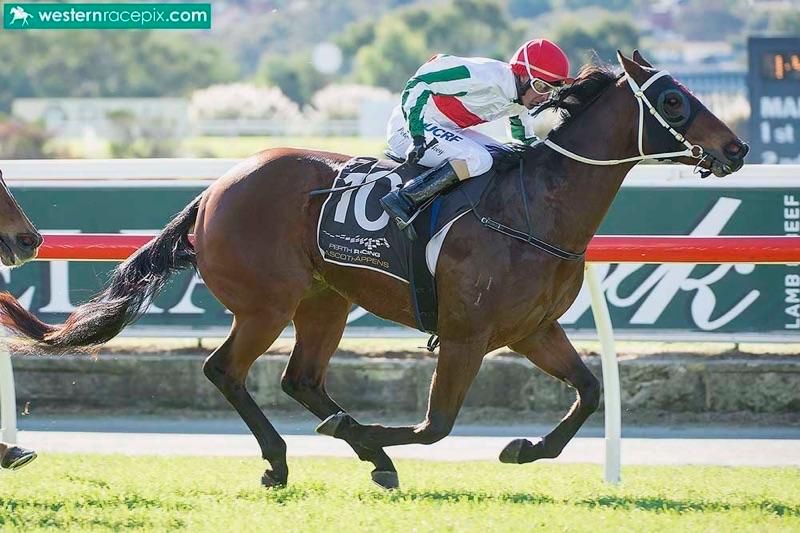 Lockroy has notched up his first win in WA with an emphatic victory at Belmont on Saturday.  Having just his sixth start here, the 5 year old “More Than Ready” gelding delivered a performance that the stable has been waiting for since they purchased him from NSW last year.

Lockroy was picked out as a potential top-line sprinter, however, he has had a few health issues since being purchased and whilst he had run a couple of good placings, there was a view that he was still to demonstrate to the level that was expected from him.  Last Saturday was just a glimpse of the potential of this galloper.  Beautifully ridden by regular jockey Peter Knuckey, Lockroy jumped to the front and was rated to perfection before coming away for a “soft” win by 3/4 length over the 1200m.

There’s a big group of owners in “Locky” (some of them first-timers) and most of them were there to lead him in and celebrate in true Gangemi Racing style!!  We will be sure to see them all out there again in coming weeks.