Lockroy and Knucks a Great Combo! 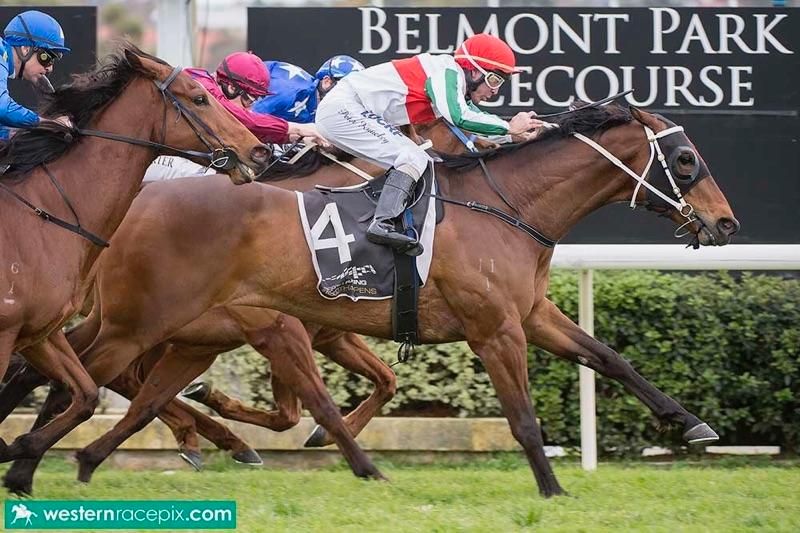 You could say regular jockey Peter Knuckey was a relieved man when he got Lockroy up at good odds over a nice field at Belmont on Saturday!  At his previous start,  “Knucks, the regular rider of the gelding, had been caught in a tough position  on the fence and the “More Than Ready” gelding was unlucky not to finish much better than his 4th placing.   In fact Lockroy has been unlucky not to have won a few more races with the combination of very soft tracks and bad luck preventing him from improving an already imposing record here in WA.  In his last 7 starts, “Locky” has won 2, had three 3rds and a 4th, with his only poor effort being on a very soft ground.

Back to last Saturday, and Lockroy ,was on the drift in the betting ring as many punters came for some quality gallopers.  The six year old jumped well from his inside barrier and was beautifully positioned in running by Knucks just behind the leading pair in the “one out, one back position” (there was no chance of getting caught on the fence this week!).   As they rounded the turn, he was pulled out wide to come at the leaders, however, it looked like a “whistle had been blown” and the well-backed favourite got the inside run along the rail.  With Locky having to cover the extra ground it was a sensational effort under hard riding from Knucks for him to get up and there was the normal massive group of happy owners there to meet him at the enclosure!!

Lockroy has now taken his earnings to over $240,000 form just 28 starts and there’s nothing to say he can’t continue on his winning ways!