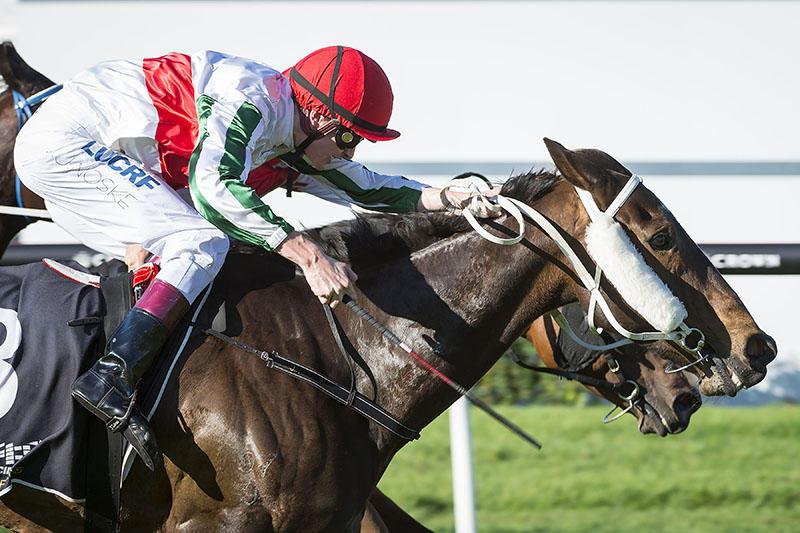 Rock Magic has produced an outstanding come from last victory in the Colonel Reeves Stakes (Group 3) over 1100m at Ascot yesterday against some of WA's best sprinters.

First up from a break, the stable had him "cherry ripe" for the race and he was brilliantly ridden by Jarrad Noske.  Settling at the tail after a missed start, Jarrad didn't panic and slowly worked him into the race out wide around the final bend behind outstanding sprinter Watermans Bay (2014 Winterbottom runner-up).  When he let Rocky go down the outside, he claimed them right on the line in a beautifully timed run.

Most of the owners were right on the finish line to see him get up and to say they were excited was an understatement!!  Even the commentator was talking about the sheer joy shown and how great it was for WA racing to see the passion of this great group of owners.

It was a fitting reward to win a Group race for both Rocky and the Gangemi Racing team. Trainer Chris, foreman Campbell and all the staff have done an outstanding job with the gelding since he was picked out by Michael and purchased from Arrowfield Stud.  He certainly has gone to the next level and is now looking at taking another step up at his next start in the Group 1 Winterbottom Stakes.

Let's hope we hear the cries of "Rocky Rocky" again in a few weeks time!

Special thanks to Western Racepix for all of our photos!