Group One Placing for the Rock Star 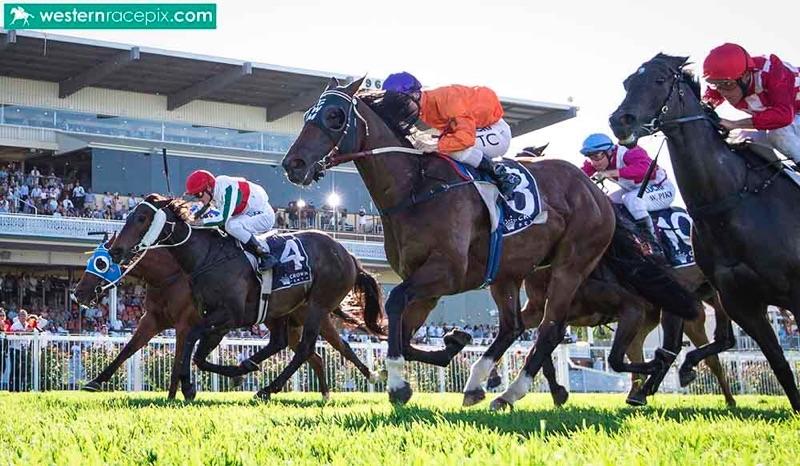 The “People’s Horse” is how he was described in the racebook and Rock Magic didn’t let us down with a huge effort to run third in Saturday’s Group One Winterbottom Stakes at Ascot.  With nearly $800,000 in stakemoney, Rocky is the highest ever earner for the stable, however, it is his massive heart and will to win that has made him so special to all of us:

In the days leading up to Perth’s only Group one sprint of the year, Rocky had unfortunately “quartered” himself (sliced his front hoof).  The damage was significant and it looked like he was going to have to be a late scratching from the race for the second year in a row.  It was a sickening blow for the stable as Rocky had showed he was in best ever form in winning the Group 3 Prince of Wales Stakes and running a close second in the Colonel Reeves in the weeks leading up to the Group One.   But the stable was never going to give up trying to get him to the track to give him a go at his “grand final”.   Numerous calls were made back and forth with Hong Kong’s leading trainer (and stable mentor) Caspar Fownes – photos were sent and a plan of action was put in place to do everything to to get him right.  The tireless efforts of everyone involved at the stable, including the farrier and vets meant that Rocky scraped through an official RWWA vet test on the Friday morning before the race.  He was far from perfect, but the addition of bar shoes to take the pressure of his hoof would mean that he could take his place in the star studded lineup and give his loyal and passionate group of owners a chance to see him go around.

And of course, Rocky didn’t let us down.  After jumping well, regular jockey Jarrad Noske grabbed hold of him to get a spot in the field in what was expected to be a hot pace.  After a few hundred metres, the expectation that many of the speed horses would go hard had not eventuated.  In fact Rocky was now shuffled back behind a huge group of horses in a seemingly impossible position. Jarrad, like all of us, expected the field to spread out, however, he was now going to have to push through a wall to get Rocky out into the centre of the track and let him unleash his powerful finishing burst.  But to his credit, Jarrad did not panic.  Coming round the bend, after receiving a huge bump from another runner, he took Rocky through a gap and out into open running.  After the week he had, we did not expect Rocky to be able to finish off the race with his usual gusto, however, his huge heart kicked in and he flew down the outside of the track to finish a sensational third (with the two leaders around the bend holding on to finish in first and second).

There were a lot of tears and hugs with the realisation among the group of what Rocky had just done.  Running third in a Group One race is a huge effort, but to run it with the injury he had was the mark of a champion.  No matter what Rocky does from here, he has provided his group of owners some of the greatest moments in their life.  We all eagerly wait for the next chapter …