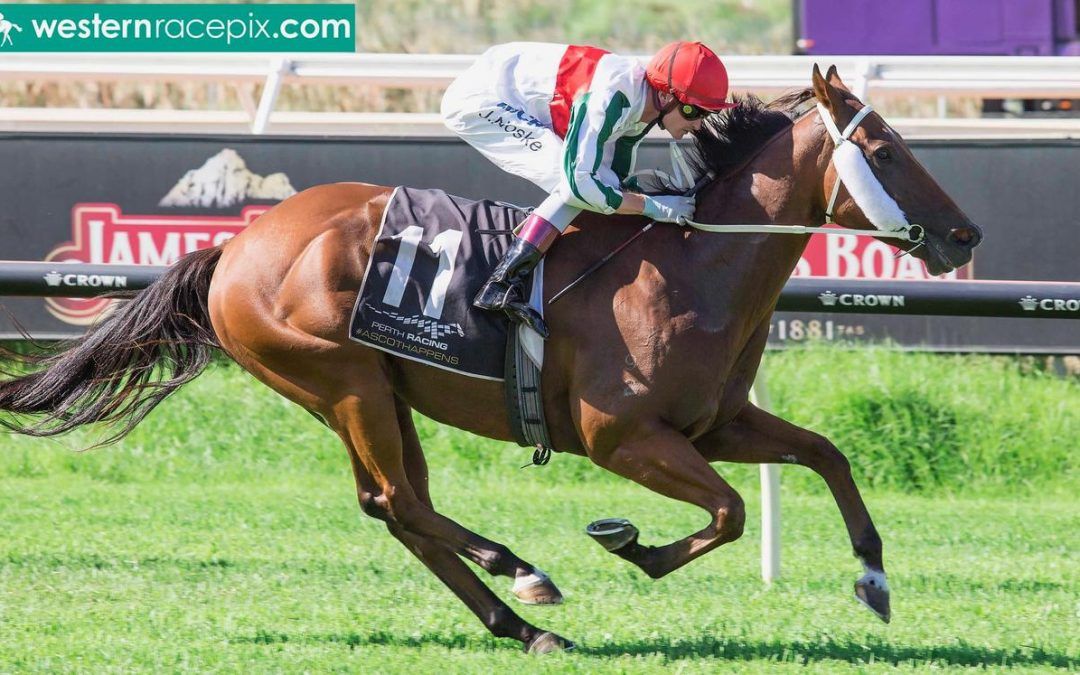 Three Votes (stablename Gazza) is fast gaining a reputation as a sprinting star of the future after another devastating win at Ascot yesterday over 1000m.  It was 8 weeks since his last run where he won by over 5 lengths in graduation company and yesterday’s race was a step up in class against some seasoned , but Gazza was well and truly up to the challenge!

As per normal he jumped like he had been slingshot out of the barriers but yet again there was a horse taking him on from the word go (other jockeys just don’t seem to be learning!). Stable jockey Jarrad Noske didn’t panic and let Gazza roll along at a solid clip and coming round the bend the rest of the field were under the whip to keep up as he gave Gazza some rein. Yet again he kicked away to win by 2.25 lengths easing down near the line in a great time of 57.9secs!!

One well-known racing commentator was heard to say that Gazza is one of the fastest sprinters they had seen and compared him to stable legend Werd and the superstar Barakey.  He continues to prove himself at each step up in class and it’s exciting times ahead for his fantastic group of sprinters