Gazza best on ground at Belmont 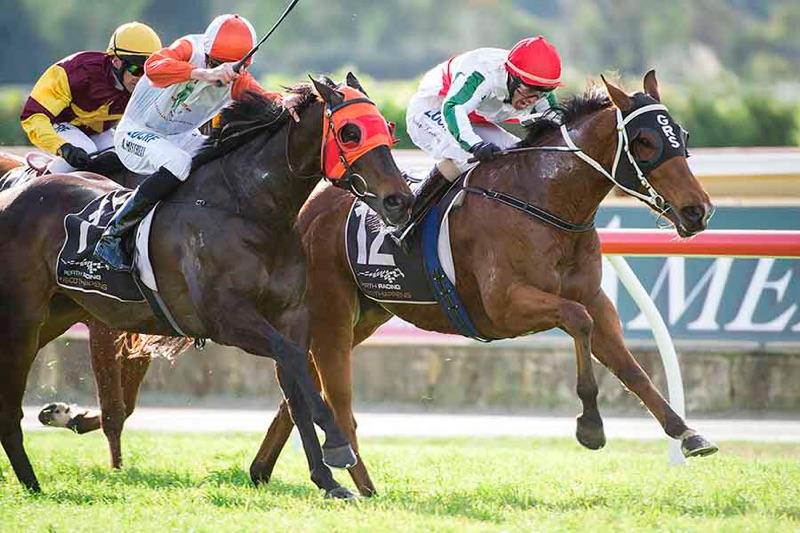 Three Votes (Gazza) has again shown why he is rated so highly by the stable with a tough all the way win on Saturday at Belmont over 1000m.

Gazza jumped to the front and was again severely pressured by a horse on his outside, however, with the benefit of the previous run (where he was also pressured) adding to his fitness, he was able to beat them all of in a slick 58.2secs for the journey.   The Fastnet Rock gelding came back off the canvas down the straight as he appeared to have been headed, but jockey Peter Knuckey didn’t panic and rode him strongly to the line where he started to kick away from the field again.

What made the effort even more incredible was the fact that he pulled up lame after the race.  This is one tough gelding and with 3 wins and 2 thirds from 6 starts he has the potential to be anything in the future as he learns to settle and make even better use of his sensational sprint.

note: the stable is currently investigating his lameness and all owners will be updated with his progress.