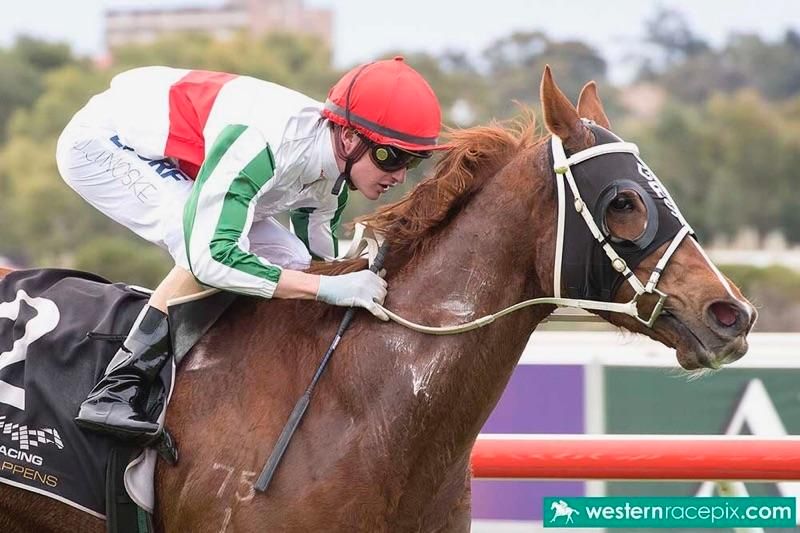 If there was ever a race that was determined as the barriers opened, it was in the fifth at Belmont yesterday, when Bangalore “catapulted” out of the widest barrier to get to the front within 50m of the start.   The race for the Canny Lad gelding was a one act affair from that point on as he rolled along under great judgement of pace by Jarrad Noske to hold them off by a strong margin in a very good time of 58.4secs for the 1000m  It was Jarrad’s first ride on the gelding and he showed why he is one of the best in the country.

Bangalore has been consistent in WA since coming from the Honk Kong stable of mentor Caspar Fownes.   Yesterday’s win was his second in the State after winning at his first start in mid-2016.  The 6 year old gelding has not been over-raced having had just 18 lifetime starts.  He has a high cruising speed and is ideally suited at the sprint journey.   Let’s hope we see him “fly” the start again in the near future for many more wins!