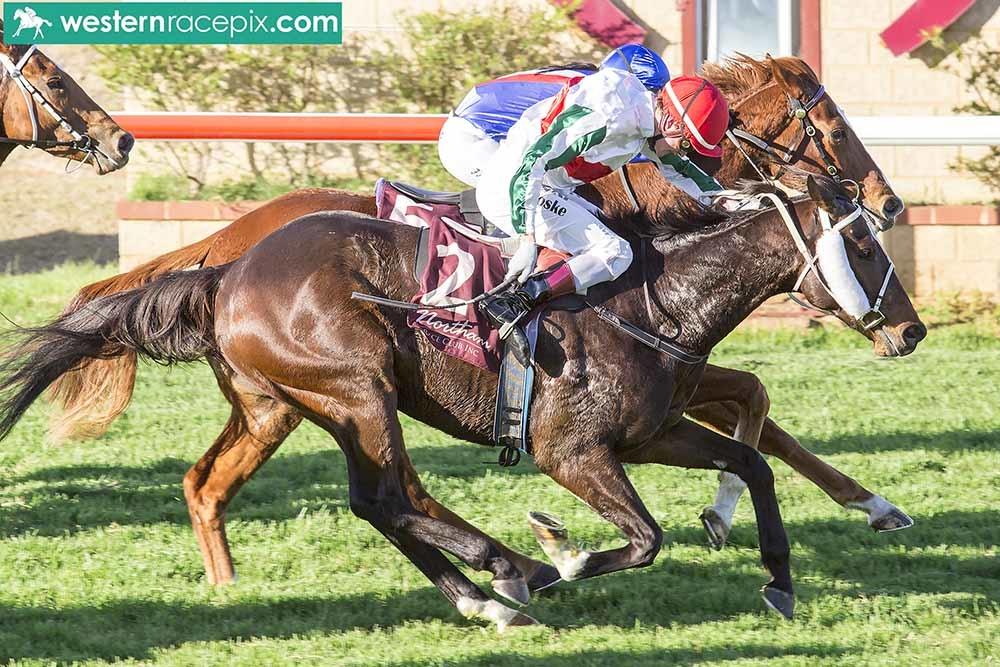 The little brother of stable legend Werd has carried on from his great first campaign last year,  with a win at his first run back from a spell over 1300m at Northam yesterday.  It was a masterful ride by stable jockey Jarrad Noske on the High Chaparral gelding to get him home in a race that was quite a bit shorter than his perfect distance.

“Jax” (his stablename) settled in around 7th place early while a strong pace was set up front.  He was travelling well just before the bend, however, the runner in front of him started to ease back and Jarrad had to swing sideways to avoid heels.  Meanwhile up front, the leaders had started to get away down the straight and Jax looked little chance of running a place, never mind a victory!  However, once he started to get his momentum up under strong riding he was going “two to their one” and arrived just in time to snatch victory right on the line.

Jax has now had just 6 starts for 2 wins, 1 second and 2 thirds.  Hes’ building up a great record and will only improve as the distances increase.  He’s got a way to go to match the feats of his older brother Werd (over $580k in stakes), however, he is on his way and providing great excitement for his owners!