Forty Four Red in a Canter! 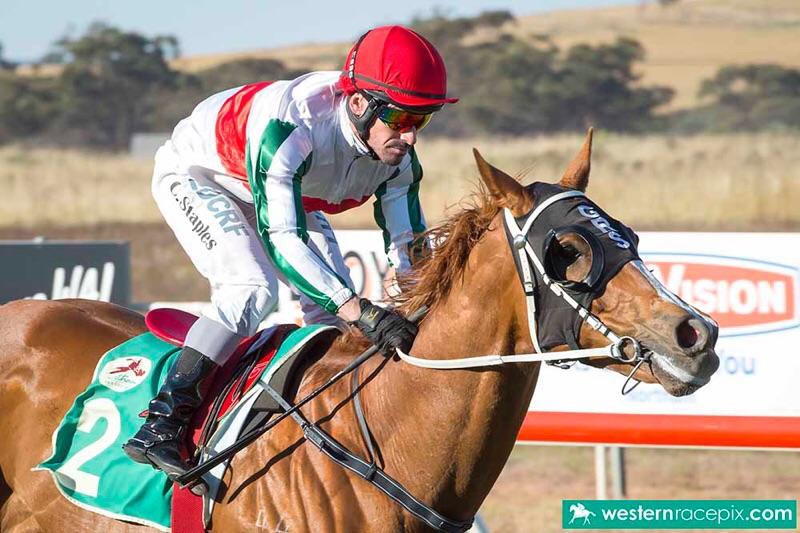 The race commentator described it as a “win in a canter” as Forty Four Red blitzed the field at Northam over 1300m yesterday.  The Congrats gelding was beautifully ridden by stable jockey Craig “Bullet” Staples who took him to the front and rated him perfectly before kicking away to win by 2.5 lengths in a good time (coming home his last 600m in 34secs).

The 4 year old has only had 11 starts now for 2 wins, 2 seconds and 1 third which is a nice strike rate, however, his latest run shows that he has further improved this time in and should measure up in city class races.  From the mare “Cataclopse”, Forty Four Red is a half-brother to one of our previous quality gallopers in Super Eighty Eight.  “Super” was a sensational sprinter who competed at the top level, but his career was tragically cut short by injury, however, Forty Four Red is a different type in that he will run over a middle distance and demonstrates great stamina.

Forty Four Red is also a favourite with the ladies, with a number of the owners being the “better halves” of our regular owners.  Whilst many of them are regular racegoers, it is great to see them “officially” involved with a racehorse of their own.  We hope to see them out there soon when Forty Four Red steps out again in the coming weeks.