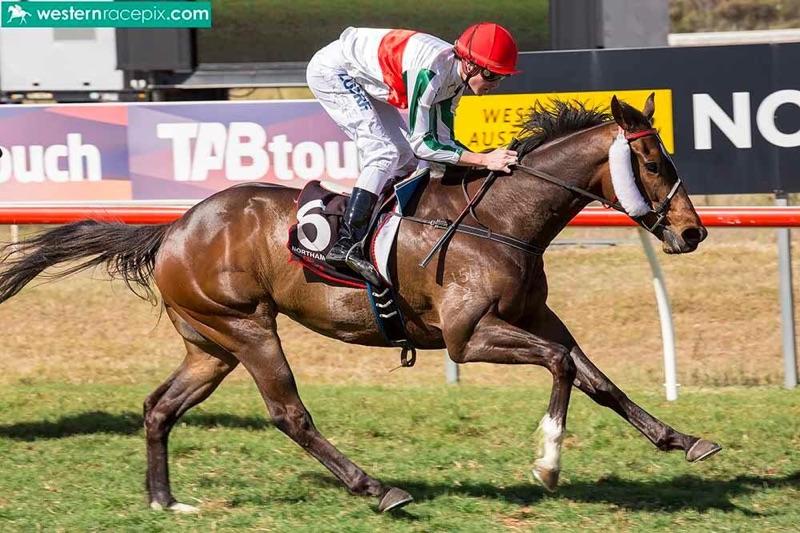 Werd was a a champion for Gangemi Racing and now one of his little brothers has started his career in great fashion with a comprehensive win at only his second start over 1300m at Northam today.

“Four Letter Werd” is from the same dam as Werd in Messenger Miss, but his stallion in the great High Chaparral brings a staying strength to this gelding. Whilst Werd competed successfully at the highest level in sprint races (he still holds the 1000m track record at Pinjarra), it seems his “little bro” is destined to get much further ground based on today’s run.

Four Letter Werd was brilliantly ridden by stable jockey Jarrad Noske. Jarrad settled him in behind the leading group and coming round the final bend he was bolting and just looking for a clear run. When Jarrad expertly got him from inside horses into clear ground out wide, the gelding put paid to them very quickly and won by almost 2 lengths coming home in sub 34secs for his last 600m.

They are huge footsteps to fill and he has a long way to go to emulate the record of his big “bro”, but Four Letter Werd has certainly started in the right direction!