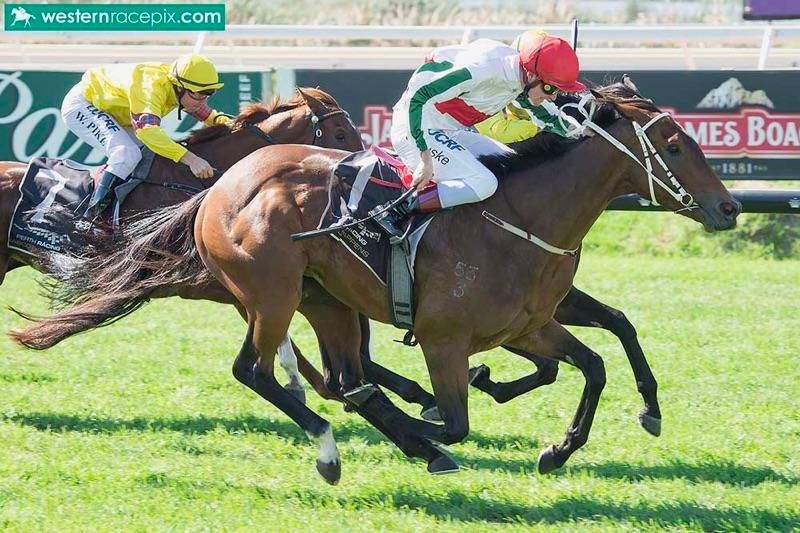 Floyd has returned to his winning ways with what can only be described as an unbelievable victory at Ascot on Wednesday over 1000m.  The “Not A Single Doubt” three year old, who is a half-brother to our ill-fated stable star in Windswept, had maintained a perfect winning record (3 trials and a race) until his previous start where he had finished second in a race at Ascot to class 3 year old “Snow Lord”.  After that race the stable knew there was an issue:  even though it was a tough field and city company, there was a belief that Floyd was better than that performance and this was vindicated when blood readings indicated a virus in his system.

The stable worked hard on getting him right and three weeks later Floyd turned in an incredible performance that reinforced his outstanding ability.  Drawn wide against a very good group of three year olds (including the last start winner “Proconi” and winner of 2 from 3 in “Delaney”), Floyd missed the start for the first time (after being expected to lead!).  Stable jockey Jarrad Noske didn’t panic and eased him back to slot into the field.  Unfortunately, Floyd took this move the wrong way and thought he could just ease up ( he had never been eased back before)!!  Before he could do anything, Jarrad found himself at the back of the field and Floyd had dropped the bit.  There was no time for hesitation and Jarrad gave the gelding a slap on the neck to get moving, however, the turn was looming and Floyd was going to have to come 4 and 5 wide to make ground.   And make ground he did!   As they straightened up, Floyd decided to turn on the”afterburners” and sprinted over the top of them to win going away on the line.

What was even more impressive was that Floyd ran the fastest last 600m of the day.   It was an amazing effort considering he is only a 3 year old having his second start and carrying 59kg on his back.  He is definitely still learning what it’s all about, but Floyd has massive potential and could be a major player in the Summer Carnival later this year.