Floyd does it easy! 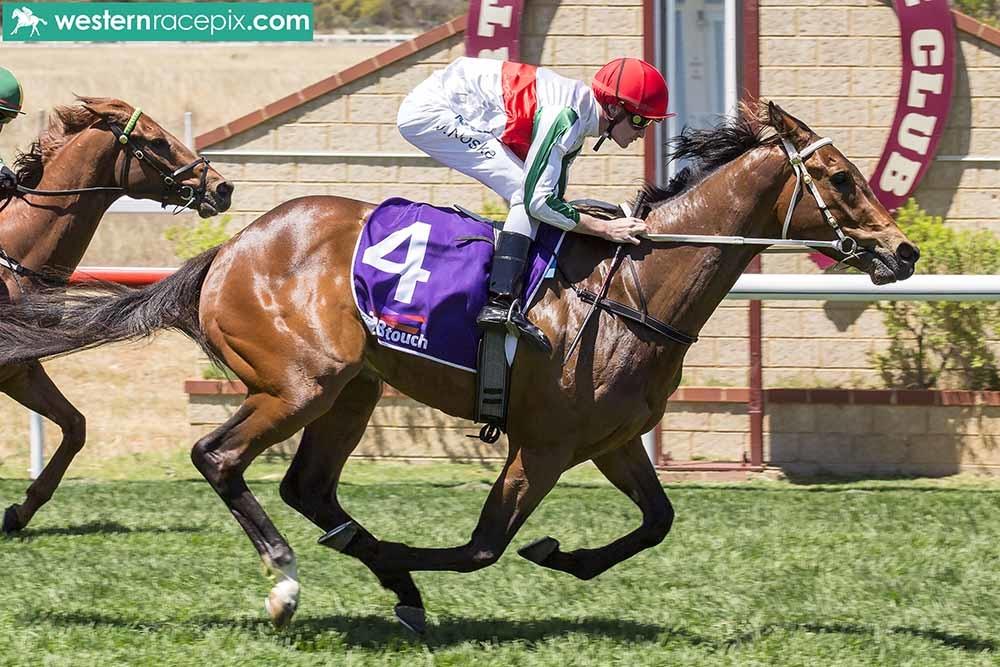 After two devastating trial wins, three year old Floyd came to the Northam races for the first time yesterday and put away the field in easy fashion.  Even a wide barrier and sitting three wide for the entire race was not enough to stop him as he cruised home to win untouched in a slick time of just over 57secs for the 1000m.

As he crossed the line yesterday, many of us thought of his half-brother Windswept who we recently lost after a major injury – Windswept was a super horse for the stable, earning almost a quarter of a million dollars from just 24 starts in a career that was hampered by injury.   His mother in Feather Duster is the dam of Floyd and she has produced some high quality progeny – the stable has recently purchased a yearling from her (by Animal Kingdom) based on the huge wraps we had on Windswept and now Floyd.

We are very excited about Floyd and hope he can continue the legacy of his big brother as he steps out against quality three year olds in the coming weeks.