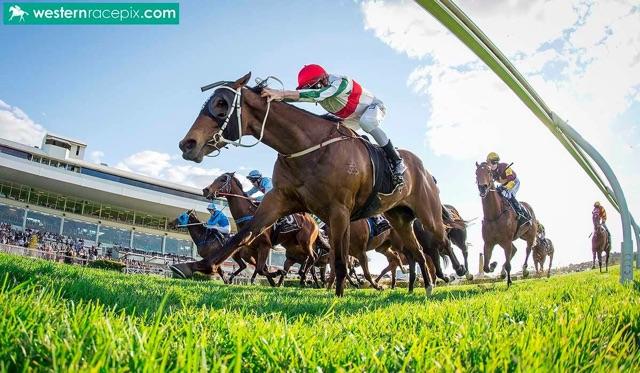 A step up in class,  a step up in weight and a wide barrier were not enough to stop Floyd continuing his winning ways at Belmont yesterday.

After a 5 1/2 length win at his previous start, the Not A Single Doubt gelding was sent out an odds on favourite.  He had to work hard to get across to his favourite position at the front of the field and the pressure was applied by some of the other runners in an attempt to “soften him up”.   He kicked away as they straightened for home and he got out to a few lengths lead, eventually holding on for a soft 1/2 length margin.   It wasn’t as dominant as his previous win, however, it was an outstanding effort and reinforced his claim as one of Perth’s sprint stars of the future.

Floyd is a half-brother to former stable star “Windswept” and has now had 4 wins and 2 seconds from just 7 starts and is very close to earning $100k in stakes.  He has an exciting future ahead for all involved.