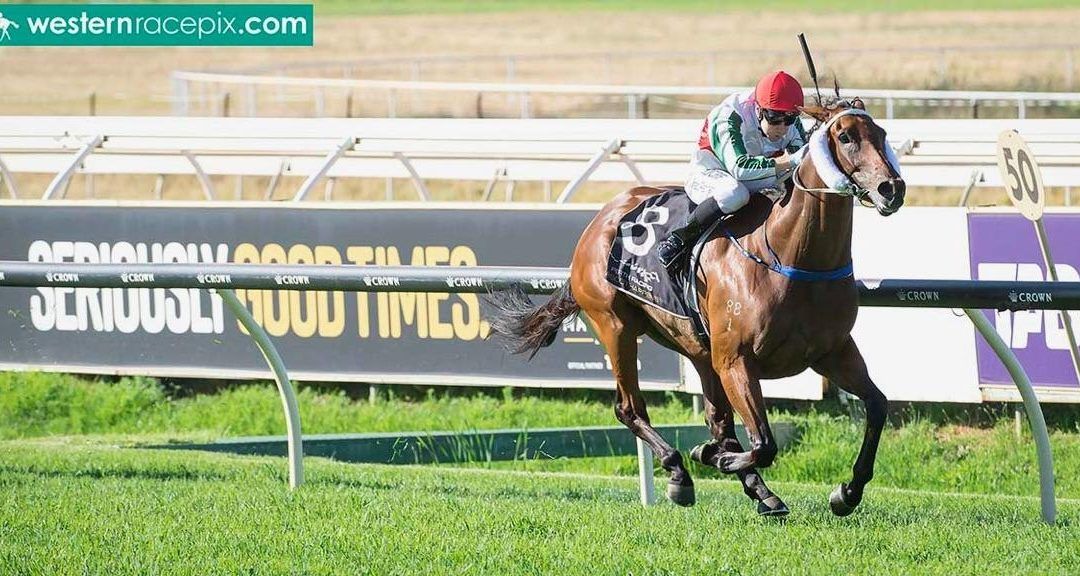 Eleven Seconds (stablename Shamus) has destroyed a quality field at Ascot with an all the way win over 1800m on Saturday.

It was an outstanding display by the Encosta De Lago gelding. Brilliantly ridden by in-form jockey Brad Parnham, Shamus was taken straight to the front and set a solid pace. At the luxury odds of around 35 to 1, he was expected to come back to them down the straight, however, he had the rest off the field off the bit and increased his margin to a soft 3 lengths on the line.

Shamus has certainly had his share of issues, however, he has always shown a huge amount of talent and it was expected that he would improve as he got over longer ground.  Saturday’s win was his 2nd victory in his last 3 starts and now he is physically well and switched on, his full potential is just starting to be realised.

As one owner quoted before his previous win two starts ago, Shamus had “promised the world but delivered an atlas”, well now he is delivering first class tickets!