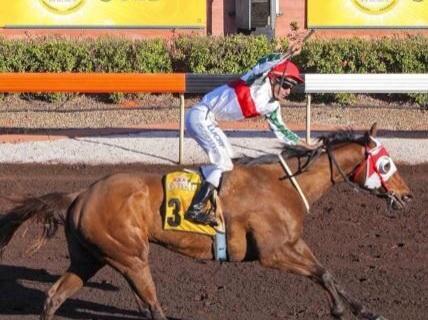 Patriarch of Gangemi Racing, John Gangemi has been taking up a team  to Broome for a number of years with a hope of one day winning the Broome Cup.

Well yesterday was finally the day, with consistent gelding Central Park producing the biggest run of his career to easily win the cup by over 2 1/2 lengths.  Perfectly ridden by loyal jockey Campbell McCallum, Central Park weaved his way through them to be close-up at the turn before going well clear down the long Broome straight.

The roar could also be heard all over Belmont where, just 15min earlier, the stable had a win with Rock Magic.  All of Rocky's owners watched the Broome Cup live in the owners room and the noise was deafening as he kicked clear.  Well done Johnnie and Campbell !!