Barzinho Dominates in First Up Win 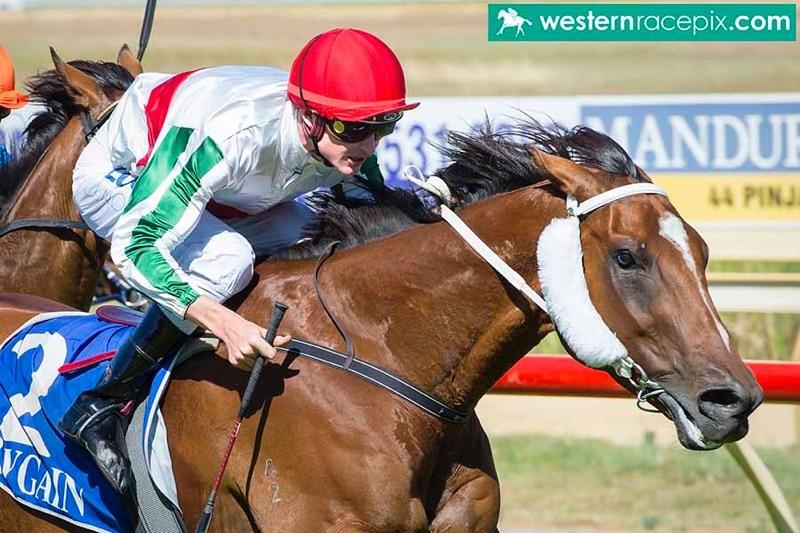 Barzinho (stable name Huss) has delivered a great start for the stable in 2017 with a dominant win at Pinjarra in his first run back from a spell. Beautifully ridden by stable jockey Jarrad Noske, Huss settled well midfield, showing a much greater degree of “keenness” in the run than his previous starts.  Jarrad did a great job in getting him out wide as they entered the straight and the son of Hussonet sprouted wings to pull away from the field and win by a length.

Barzinho has been tried up to 2100m and to win first-up over 1300m was a testament to the stable and his renewed enthusiasm for racing.  He has now won 2 races and had one 2nd and a third from 14 starts.   As the distances get longer, he will keep on improving and provide a lot of fun for his owners (some of them first-timers)!