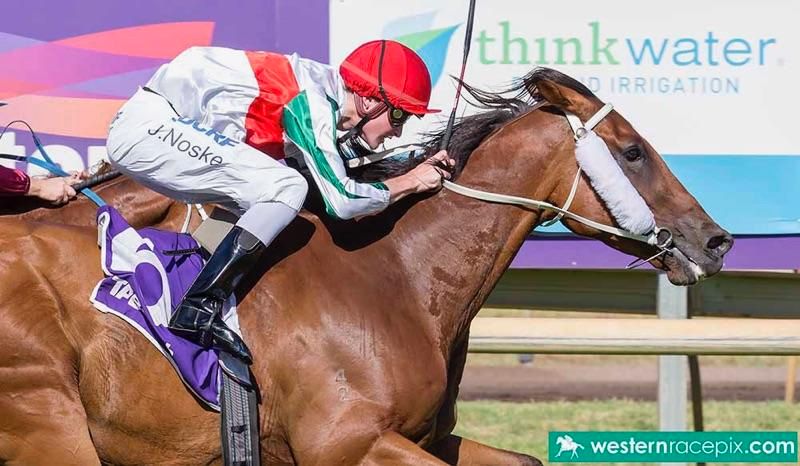 It was “double the drinks” all round as Barzinho (stablename Huss) brought up back-to-back wins in his first two runs from a spell with a sensational win at Bunbury over 1400m yesterday.   Beautifully ridden by stable Jockey Jarrad Noske, Barzinho settled well back in the field and came with a big run down the outside to win “going away” from a smart field.

So it’s 2 from 2 for the “big Huss” in this campaign and he has really matured into a quality galloper.  In his first two campaigns he was consistent, however, his attitude was never 100% and the stable knew that he had a lot more potential than he was showing.  This time in, he has raced with a great deal more zest and putting himself in good positions to finish off with the strong finishing burst that has become his trademark.  As the distances get longer there is a belief that he will get even better and we look forward to seeing him step out again soon!

Hopefully his group of owners (many of them first-timers) will be ordering “triples” after his next start!!