Another Listed Race for the Rock Star 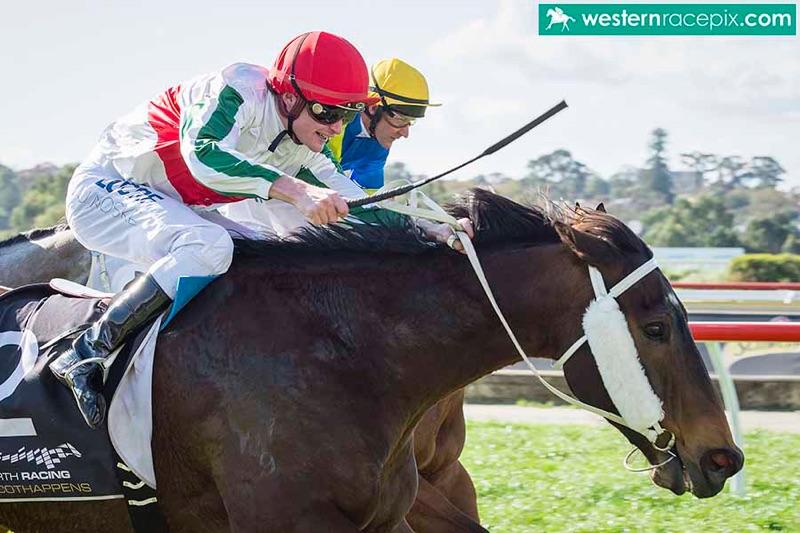 Well the race was delayed for a few days and he was up against the very promising “First Among Equals”, but nothing could stop Rock Magic as he took out the Listed Idylic Prince Stakes at Belmont on Wednesday over 1300m.  After lumping 59kg for his previous few starts in handicapped Listed races (giving weight to every other horse) and finishing in the placings, it was time to meet the fields on equal weights based on weight for age.  And as per usual, Rocky didn’t let us down!

Beautifully ridden by Jarrad Noske,  Rocky jumped well and settled just behind the pace.  At the turn, some of the front runners started to feel the pinch and Jarrad had to move to make his run. Rocky swept passed them as if they were tied to the fence and put a margin on them.  He kept going strongly to the line and won by a 1/2 length with another 1/2 length back to the 3rd horse. Jarrad had a beaming smile on return to scale, but not as big as the fantastic group of owners waiting to lead the rock star back in to the enclosure.

Rocky has now earned almost $580,000, but more importantly he has given the large group of owners a sensational ride along the way.  He never lets us down and puts in 100% every time he steps on the track.  He will now have a short break down south and will be brought back for some big targets, including the Group One Winterbottom Stakes.  Whatever he does in the coming months. you can guarantee the Rocky supporters will be there in full force!