Another Listed Race for the Rock Star ! 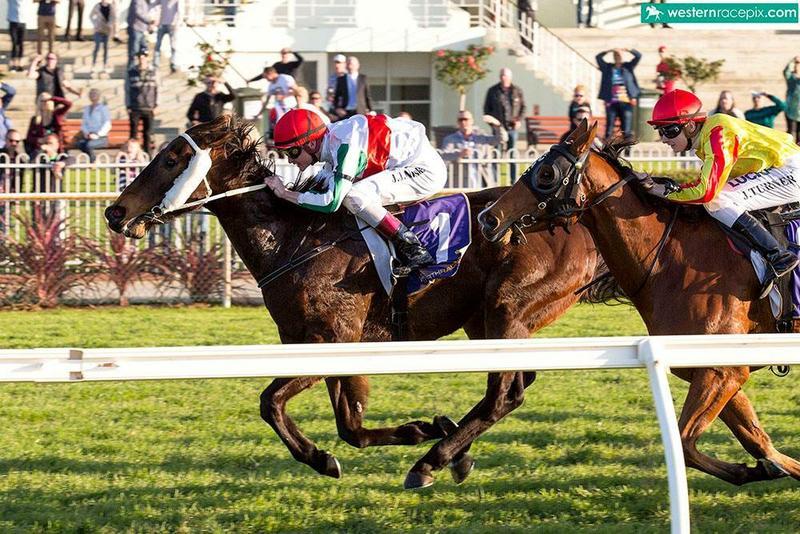 Rock Magic (Rocky) has come back from a short let-up with an outstanding win in the Listed Beaufine Stakes at Belmont on Saturday over 1000m.

Racing first-up with topweight of 58.5kg, Rocky settled midfield and was beautifully ridden by Jarrad Noske to come with his trademark well-timed run to overcome some of Perth's best sprinters. It was a great training performance from the GR team to get him back to better than ever after a virus created the need for a break after the Northam Sprint.

The excitement from a great group of owners was evident on the TV broadcast with local commentator Darren Macaulay remarking that "this is what racing is all about" when seeing the owners' celebrations on-screen.  The decision by Michael and the team to buy some quality tried racehorses from Interstate has ceratainly paid off with Rocky, Windswept, Bourne Supremacy and Rowie all winning in recent weeks for a loyal group of owners.

It has been nearly 20 years since a horse has carried this weight to victory in this race – Rocky has again proved his class and will be aimed at the major sprint races over the coming weeks at Belmont.